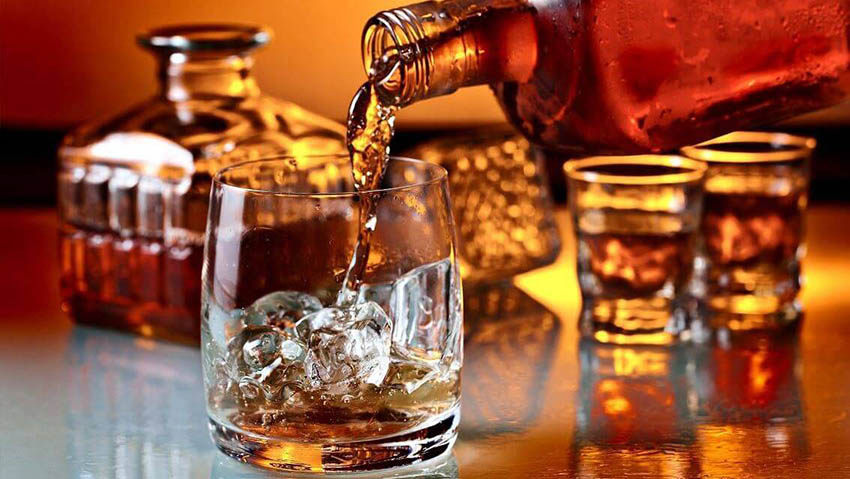 What is Bourbon Whiskey?

A distinctive whiskey of Kentucky made from a grain mixture of a minimum 51 percent corn and aged in new, charred oak barrels.

Where is it Made?

Technically, bourbon whiskey can be produced anywhere in the United States although in practice over 90 percent is made in Kentucky. Bourbon is also produced in 48 states, but not in Hawaii and South Dakota.

Is Bourbon Made in Bourbon County, Kentucky?

Yes, even though Bourbon County is a “dry county,” where alcohol can’t be sold, Bourbon whiskey can be made there.

Where did the Name Bourbon Originate?

Back in the 1700s practically all of Kentucky was a part of Virginia and a large part of the region was called “Bourbon County.” In 1785, it was named by settlers in honor of the French Royal Family—the Bourbons, who helped the colonists win the American Revolutionary War.

When was the First Bourbon Whiskey Made?

In 1783 at the Old Evan Williams Distillery, a Welshman named Evan Williams, an early Kentucky settler and pioneer earned his permanent role in American history when he built the area’s first commercial distillery on the banks of the Ohio River in Louisville.

In 1789, a Baptist minister, Elijah Craig, made a distilled spirit by combining spring water, corn, rye, and barley malt. Craig is often erroneously credited as the inventor of bourbon whiskey.

What are the Ingredients?

Federal regulations require that bourbon whiskey be made from a minimum of 51 percent corn; however, 65 to 75 percent is generally used. The blend of other grains is dictated by the distiller’s own private formula; barley, oats, rye, and wheat can be used.

How Long is Bourbon Aged?

Bourbon must be aged in new, charred oak barrels. There is no minimum amount of aging for non-Straight “Bourbon Whiskey” and technically a distiller could pump the clear distillate into a new charred oak barrel and then immediately empty it.

What About Straight Bourbon Whiskey?

For Bourbon to be labeled “straight,” it must be aged a minimum of two years. If it is released before the fourth year of aging, it must be stated on the label. In addition, no alcohol, caramel coloring or flavoring can be added.