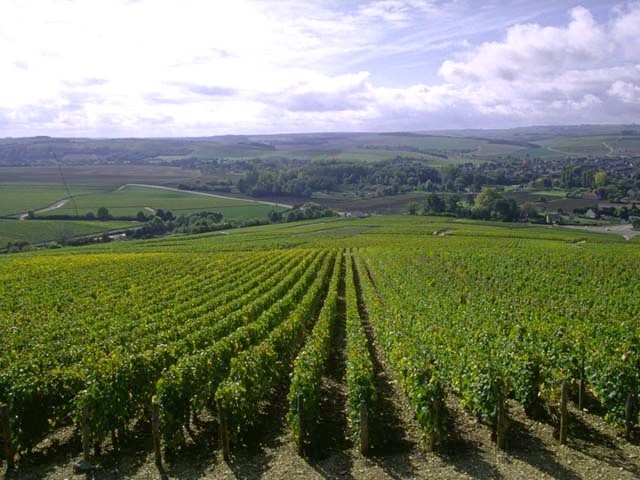 Piedmont is one of 20 grape-growing regions in the northwest of Italy, bordered by France to the west and Switzerland to the north. The Ligurian Apennines and the Alps surround Piedmont to the south, west, and north. Piedmont is a contraction of the dialectical words A Pie di Monte (at the foot of the mountains).

The Po River cuts through the heart of the region as it flows eastward from its headwaters in the Western Alps, creating a fertile alluvial plain well-suited for standard agriculture but too rich for viticulture. Thus, most of Piedmont’s grape-growing occurs in the foothills south of the Po Valley, in the provinces of Asti, Alessandria, and Cuneo. Within these three provinces, the Monferrato and Langhe hills are peppered with vineyards.

Other areas of production are the hills between the towns of Novara and Vercelli and the zone around the regional capital of Turin.

Piedmont is home to more DOC zones than any other region in Italy—as of 2020, Piedmont could claim 18 DOCGs and 41 DOCs—and almost half of the region’s vinous production is of at least DOC quality. The region is famous for its many for its many DOC and DOCG (Piedmont has no IGT wines) full-bodied red wines, in addition to Asti and Brachetto (spumante), Barolo Chinato, and some superb dry white wines. Let’s explore three of its indigenous white grapes—Arneis, Cortese, and Erbaluce. These are not the only white grapes grown in Piedmont but are recognizable and they make tasty wines!

(Comments regarding sensory evaluation of each grape are generic rather than specific to a particular DOC or DOCG wine.)

Arneis (ahr-NEYZ): A thin-skinned, low acid, aromatic white grape variety grown predominantly in Piedmont (some in Liguria and Sardinia), which is used to make a DOCG (2004) wine called Roero. Arneis is also grown in Australia, New Zealand, California, and Oregon. The origins of Arneis are not known, but it has been grown in the area around Alba since at least the late 1800s. It was first mentioned in print in a document dated 1478, where reference is made to a vineyard growing Arneis. Arneis is also known as Bianchetta di Alba, Bianchetto, and Nebbiolo Bianco.

Some wines made with the Arneis grape include Langhe DOC, and Terre Alfieri and Roero, both DOCG. 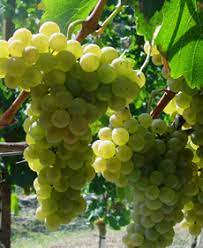 Cortese (kohr-TEH-zeh): A thin-skinned, medium acid white grape variety of Pied­mont (also some grown in Lombardy and Veneto). It is believed to be first mentioned in print as early as 1614. Once widely grown throughout southern Piedmont, its area of production is now limited to the provinces of Asti and Alessandria. Cortese is used to make Gavi, a DOCG wine.

Characteristics: Pale straw in color with a green hue. It has an aroma and flavor of green apples, apricots, chamomile, citrus (grapefruit, lemon, orange), herbaceous, honey, melons, peaches, pears, pineapple, and tropical fruit. It has hints of lily of the valley, wildflowers, and herbs with a crisp finish and lingering, bitter-almond aftertaste. 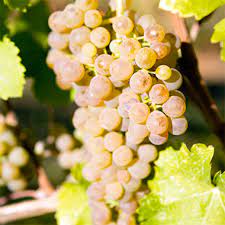 Erbaluce (ehr-bah-LOO-cheh): A thick-skinned, high acid, aromatic white grape variety grown in Piedmont since the Roman times when it was known as Alba Luce (dawn light).

Some wines made with the Erbaluce grape include DOCs Canavese, Colline Novaresi, Coste della Sesia, and Erbaluce di Caluso DOCG. 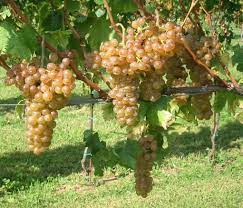 Bob Lipinski, the author of 10 books on alcoholic beverages and food, consults, and conducts training seminars on Wine, Spirits, and Food and is available for speaking engagements. He can be reached at www.BobLipinski.com OR Bob@BobLipinski.com