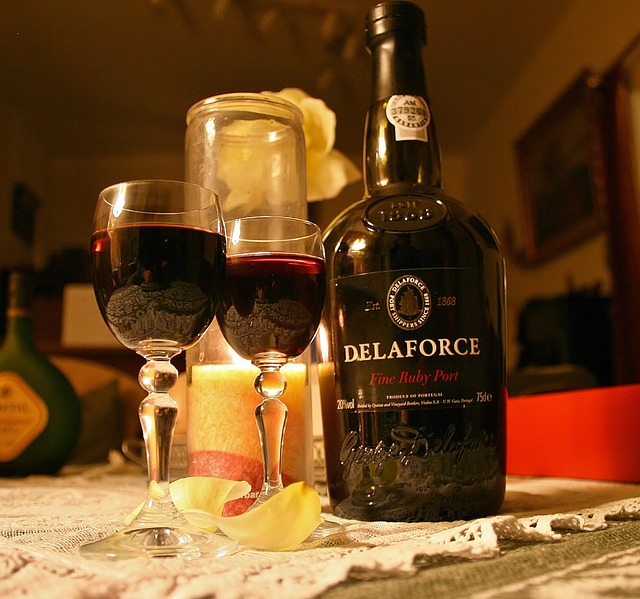 Port is one of my absolute favorite wines, especially when cold weather comes knocking. There is nothing like a slightly chilled glass of port with a wedge of cheese, a bowl of nuts, and a roaring fire.

Port is a sweet red, rosé, or white fortified wine (wine that has brandy added) traditionally served after dinner; it is named for the city of Oporto in the northern Douro Valley in Portugal. The production of Port is overseen and enforced by the Douro Port Wine Institute or Instituto dos Vinhos do Douro e Porto (IVDP) a regulatory body, which was established in 1933.

There are many styles of port wine; the most common ones are:

White Port: Made exclusively from white grapes; the style can vary from classic sweet to semi-dry, dry, or extra dry. It is pale straw-colored with a bouquet and taste of almonds, golden raisins, citrus, dates, and orange peel.

Ruby Port: Youngest port, which takes its name from its ruby color. It has a taste of cherries, raisins, and prunes.

Tawny Port: Name is derived from the tawny color of the wine, which generally comes from long maturing in barrels, causing the wine to lose its redness. Dried berries, toffee, roasted nuts, and vanilla.

Colheita: Tawny port from a single vintage aged in barrels for a minimum of seven years.

Vintage Port: The greatest type of port and only made in the best years; perhaps three or four vintages in a decade! A huge bouquet and flavor of black pepper, chocolate, cinnamon, cocoa, coffee, prunes, figs, raisins, toffee, and ripe fruit.

The two best cheeses to have with port are Stilton and Cheddar. Stilton is a blue cheese from England with richly marbled greenish-blue veins. It is piquant, hard, flaky, and milder than Gorgonzola or Roquefort. (If you can’t find Stilton, substitute your favorite blue cheese.) A well-aged, sharp Cheddar (white or yellow) from New York is another recommendation. It has a rich, nutty flavor that is part sharp and part sour with a tang called cheese bite. It becomes more complex and sharper with age.

Serve all cheeses at room temperature and all ports slightly chilled. Once opened, port will last up to six weeks.

“Any time not spent drinking port is a waste of time.” (Percy Croft, from Croft Port, died in 1935)