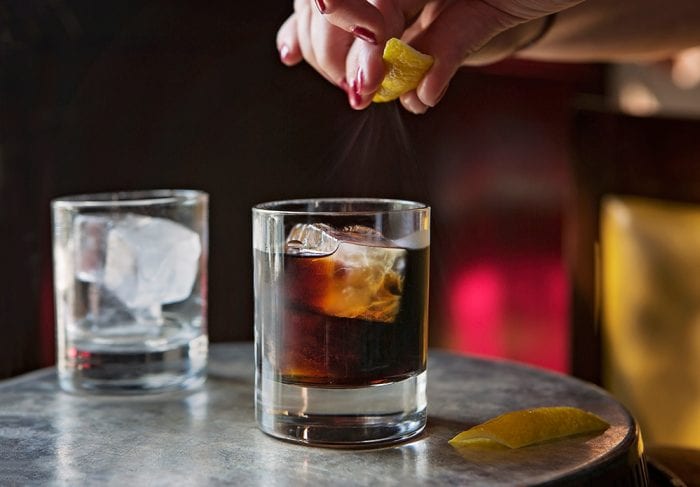 Vermouth is a wine that has been infused with various herbs and spices, sweetened with sugar and fortified with a slight amount of alcohol. For a red vermouth, caramel coloring is added to the wine.

The name “vermouth” is from the German word wermut for wormwood (a bitter herb), an integral ingredient in the drink that has been used over its history. When the Latin countries emerged as the chief producers of this type of wine in the eighteenth century, the word wermut was written as vermouth.

How Vermouth Is Made

There are many types of vermouths, so the exact production method varies from brand to brand. The wine is lightly fortified with brandy or other distilled spirits. Each winery adds a proprietary mixture of dry ingredients, consisting of aromatic herbs, roots, and barks. After the wine is fortified and aromatized, the vermouth is sweetened with either cane sugar or caramelized sugar, depending on the style. Wineries let the mixture rest for various amounts of time, before it is filtered and bottled. The above process has similarities to making tea. In vermouth-making, the herbs are “infused” or steeped in alcohol instead of boiling water.

Vermouth contains between 15 and 21 percent alcohol. It can be red, white, or rosé in color, and be dry, semidry, or sweet. The sweet vermouths, mostly red and a few whites, contain about 10 to 15 percent sugar. The dry vermouths contain less than 4 percent sugar. 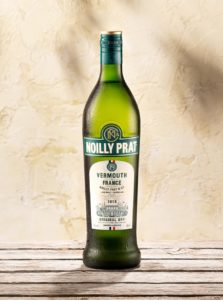 When a bottle of vermouth (red or white, dry or sweet) is opened, it should be refrigerated and consumed within six weeks. After six weeks, the sweet and especially the dry ver­mouth takes on a darker color and has a somewhat musty, “off” odor.

Vermouth can be enjoyed chilled “straight up;” over ice with a twist of lemon or orange; or even with a splash of seltzer water. A drink called a “blonde and a redhead” is made with equal parts of dry white and sweet red vermouth.

Vermouth is so versatile that it can be used in marinades, sauces, broths, and by most cooking methods, from steaming to grilling.