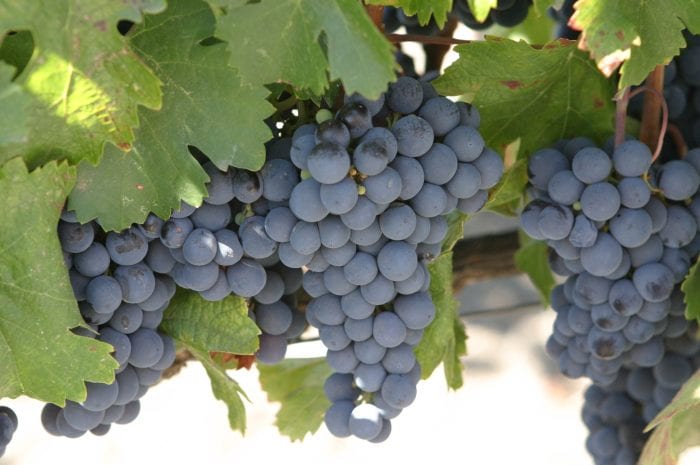 Originally a Bordeaux grape variety, Malbec has not only found a second home in Argentina but has become its most sought-after red wine. Malbec was brought to Argentina in 1868 by French agronomist Michel Pouget, while phylloxera, a grapevine root-eating parasite, was devastating vineyards throughout Europe. Today, Argentina has over 110,000-acres planted to Malbec grapes, much more than any country in the world.

Malbec is a thick-skinned, low acid red grape variety introduced into the Gironde district of Bordeaux, France from Cahors in the southwest, at the end of the eighteenth century by M. Malbeck, supposedly a doctor. It has been determined through DNA analysis that the Malbec grape is a cross between Prunelard and Magdeleine Noire des Charentes. Malbec is also known in France as Cot (in Cahors and the Loire Valley) and Pressac (in Saint-Émilion), along with over 15 other synonyms.

Throughout France, Malbec is often blended with Cabernet Sauvignon, Cabernet Franc, or Merlot, whereas in Argentina, the U.S. and other countries, Malbec is generally made into a “varietal wine.” Its medium-size berries and thick skins provide considerable body and tannin to wine. The wines are deeply colored with flavors of blackberries, mulberry, plums, chocolate, coffee, cinnamon, black licorice, and leather. The best come from high elevations in Uco Valley in the region of Mendoza (central western), the Salta province in the north, and Patagonia in the south.

Most Malbec are aged in oak barrels for varying amounts of time, depending on the vintage and decision of winemaker.

Malbec is great by the glass and especially during dinner. Argentinians are famous steak eaters and according to a 2018 survey, ranks third in per capita consumption behind the United States and Uruguay. Malbec is their “go-to” wine for steaks, which also pairs well with veal chops, roast duck, tomato-sauce pasta and spicy foods from India and Thailand.

Malbec has so many flavors and aromas that it’s easy to pair with various foods and cheeses. Malbec is wonderful with Asiago, Cantal, Edam, and Gouda cheese. However, it excels with its native cheese, Reggianito, which was invented by Italian immigrants who arrived in the country after World War I. They wanted to make something that would remind them of their native Parmigiano Reggiano. Reggianito is a hard and salty cow’s milk cheese suitable for grating, like Parmigiano-Reggiano.

Bob Lipinski is the author of 10 books, including “101: Everything You Need To Know About Whiskey” and “Italian Wine & Cheese Made Simple” (available on Amazon.com). He consults and conducts training seminars on Wine, Spirits, and Food and is available for speaking engagements. He can be reached at www.boblipinski.com OR bkjm@hotmail.com.