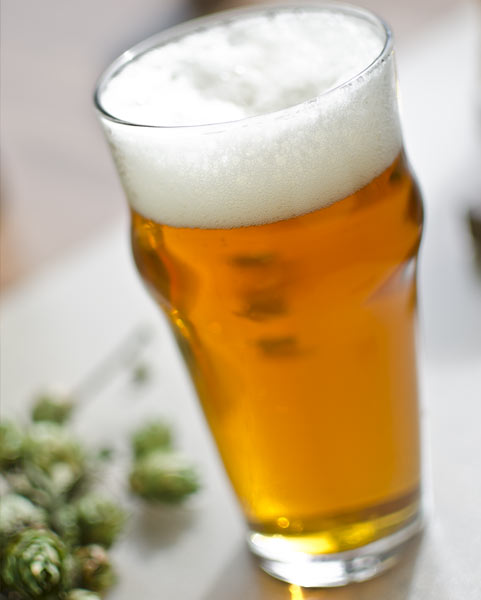 India Pale Ale (IPA), although first brewed around 1760 in England, has seen somewhat of a resurgence among craft brewers beginning in the 1990s.

Accounts of IPAs origins vary, but most agree that in the late 1700s and early 1800s British brewers began adding extra hops to all beers bound for their troops serving in India and tropical climates to safeguard them from spoilage during long seafaring voyages. The hops also bestowed the beer with flavor, aroma, and bitterness. In 1829, an edition of the “Sydney Gazette and New South Wales Advertiser” newspaper used the phrase “India pale ale;” reportedly its ﬁrst mention in print. White Shield Brewery is probably the example with the longest lineage, tracing to the strong Burton IPA, first brewed in 1829.

As with many English beers with a long history, the popularity and formulation of IPA changed over time. Strength and popularity declined, and the style virtually disappeared in the second half of the twentieth century. IPA was often used to describe pale ales and bitters of varying quality. American-made IPAs from earlier eras were not unknown, particularly the well-regarded Ballantine’s India Pale Ale first produced in 1878 by P. Ballantine & Sons Brewing Co., a now-defunct New Jersey brewery. It was a dark-amber, very hoppy, oak-aged, bitter ale with hints of caramel and a fabulous aftertaste. (I remember drinking it with pizza from its quart-size bottles.)

I enjoy drinking various types of beer with food. I’ve found that a well-marbled steak, with its rich character, matches perfectly with the more traditional types of India Pale Ales (sans fruit and other flavors). Also, hot sausage, black beans with their mealy character, and a guacamole dip with salted chips works great. 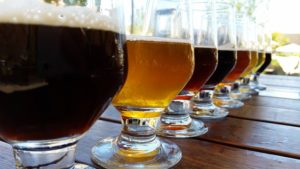 Some recommended IPAs (alphabetical order) that should satisfy your thirst…

“Without question, the greatest invention in the history of mankind is beer. Oh, I grant you that the wheel was also a fine invention, but the wheel does not go nearly as well with pizza.” (Dave Barry)