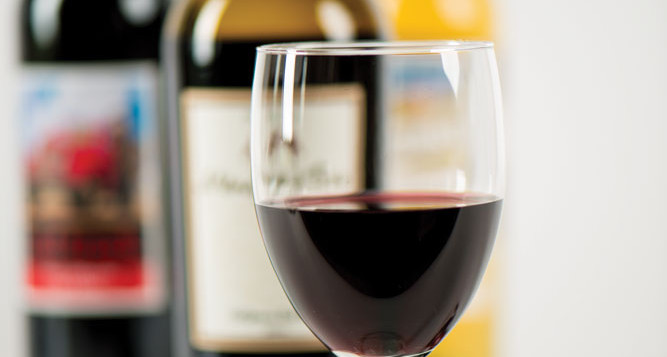 Zinfandel is a classic all-American grape variety, planted in virtually all of California’s grape-growing areas. It is a thin-skinned, medium-acid red grape with a mysterious past and has been grown throughout California for over 150 years. For decades it was believed that Zinfandel came to the United States from Hungary in the mid-1860s. However, some 30 years earlier it was already growing in a nursery owned by William Robert Prince, now known as the Botanical Gardens in Flushing, Queens, New York.

In 1967, a U.S. Department of Agriculture plant pathologist first discovered the similarity of the Italian grape known as Primitivo and Zinfandel while in Bari, Italy. Italian researchers determined the primitivo grape had been grown in Apulia since the late 1700s. In 1976 a University of California scientist tested both grape varieties and determined them to be the same. That led researchers to Croatia where growers were convinced that Zinfandel was the same grape variety as the local Plavac Mali. After further DNA testing it was revealed that Plavac Mali was not related to Zinfandel. However, while the researchers were in Croatia, they heard stories about another indigenous grape that may in fact be the key to unlock Zinfandel’s mystery.

In 2001, it was confirmed through DNA testing that Zinfandel and an indigenous Croatian grape called Crljenak Kastelanski are the same. Additional research determined that Tribidrag is the oldest known Croatian name for the Crljenak Kastelanski grape variety, which appears in print as early as 1518.

George West from Massachusetts made California’s first White Zinfandel at the El Pinal Winery near Stockton, California, in 1869; the first varietally labeled Zinfandel was made in 1944 by the Parducci Winery; and the first rosé Zinfandel was introduced in 1955 by Pedroncelli Winery. Sutter Home was the winery that defined and popularized the white Zinfandel category and craze in the early 1970s.

The Zinfandel grape’s history is not only fascinating but ponder this … winemakers can produce a white zinfandel, rosé zinfandel, red zinfandel, sparkling zinfandel, late-harvest zinfandel and port wine zinfandel.

“What is the definition of a good wine? It should start and end with a smile.”  —William Sokolin